It finally happened after mandatory reconsiderations, appeals and all that other fun stuff my month long Sanction got turned over at Tribunal in five minutes. No new evidence, no legal gymnastics just the simple facts that were available on the Monday when my so called Work Coach chose to blow up my life. 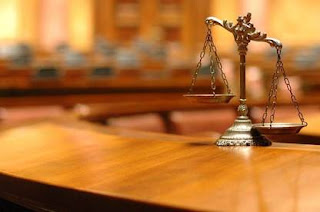 This is not the first time, second or third that the JCP have tried to bully me through a completely spurious sanction and I am sick and tired of it. Alongside fighting this sanction and in fact before it I started a complaint procedure which DWP have refused to properly respond to for 6 months.

Without the support of an advisor who helps people fight against JCP and DWP nonsense I would have given up or curled up into a ball a long time ago. So if you’re one of the thousands who get targeted by your local jobcentre know that you’re not the only one suffering and that there are people out there that can help.

As I said my sanction was overturned which means that I was due some money back unfortunately my figures don’t tally with the DWP’s as by my math as well as the math of one of the advisers at my local JCP. I was supposed to hear from them on Monday discussing the payment but surprise, surprise they didn’t return the call in the 4 hour window.

I don’t want to make this a pity party but the sheer amount of effort that goes into combating JCP lies is hard to grasp if you’re outside the system and it definitely impinges on your job search time and effort.

The only way to change it would be a fundamental reworking of the system, I don’t see how the staff could stay given the way they’ve been brought up with the sanction targets that the DWP swears don’t exist and the way they treat people as little more than pests.

That’s all from me I just wanted to write something positive about being proved right but it went a bit negative
Posted by DVL at 11:26 PM No comments:

Prepping For My Next Con

That title makes it sound a lot more grandiose than it really is. My preparation is mostly taking a long hard look at my finances and arranging everything in advance so my normal monthly bills are taken care of before MCM London Comic Con gets underway.

It is a question I find I am asking more and more these days after a string of recent and unfortunately unsuccessful interviews. Interviews are a tricky thing especially it seems when it comes to feedback, it is very difficult to get feedback in general and lately it seems that it is near impossible to get written feedback. Call me cynical but sometimes I feel the answers given over the phone or so generic that they remind me of politicians on talk shows, they could be read a dozen different ways. Certainly not every time but let’s say more than once. 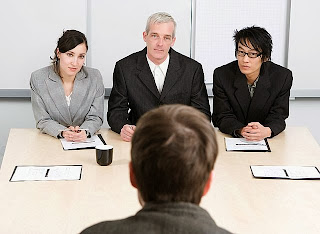 Enough of that though the current state of employment etiquette is secondary to the problem of me not having a job. So what can be done to resolve that, there are a few go to things:

These are the suggestions and I have followed most of them the only I haven’t are the evening classes because they don’t offer anything I don’t have qualifications for in my area of work. Unfortunately you can’t make a huge change profession wise just using free evening classes and at my age and resources I don’t think that would have been possible.

Temporary jobs are a problem when talking about roles that are less than say 3 months, those if taken would mean I would be taking on even more debt thanks to the interesting way that unemployment benefits work in this country. It also makes part time work (of less than 30 hours) an impossibility which in this market really reduces the amount of available roles to apply for.


Checked through the local listings for Adult Learning stuff and the pickings are slim to say the least so it looks like I’ll just have to double down on interview prep.

Job Centre Plus Will Be The Death Of Me

It has been months since I've written on this particular blog,  Mainly because this is my personal blog and because of that it has tied itself to some of my negative experiences with the Jobcentre Plus. Well it seems more than time enough to get back to complaining about JCP.

The beginning of the year came had a lot of back and forth with my then new Work Coach with her being openly hostile and rude to me during my fortnightly signings resulting in me having to make an official complaint regarding that and other behaviour that amounted to bullying. To make a long story short it involved my Work Coach, another one and their manager all lying to my face about procedure regarding the Claimant Commitment.

The complaint went all the way to pre-hearing stage, basically the hearing had been called for and I was just waiting for a date to attend and then suddenly out of nowhere they cancelled the hearing and agreed to the my version of the Claimant Commitment in my view because they knew they were about to lose.

Because of the fallout of the complaint (which was denied) and the changes to my CC (decided in my favour) I was switched to a new advisor then lo and behold the shenanigans started all over again with this advisor deciding that my CC needed to be changed 2 months after it was newly signed.

The change he wanted was to force me to use Universal Jobmatch and I disagreed so we'll just have to wait and see how that works out as it has been at the DM for more than a month already. Then a month after that here comes the kicker I got sanctioned in my last meeting. As usual no real reason was given just the normal not doing enough to look for work.


So now I am waiting to see what happens with the appeal and so on I will obviously keep things updated on here.
Posted by DVL at 4:12 AM No comments:

But I am in fact still here just not taking the time to update this blog as much. Let's rectify that with a little post about TV.

There has been a lot of new TV in this new season and I initially took on a lot of new shows and decided to write this about the shows I've hit pause on:

The shows I am not currently watching are:


I'm no TV critic and for the most part these are all solid shows but after watching most of them I just wasn't enthused with them. 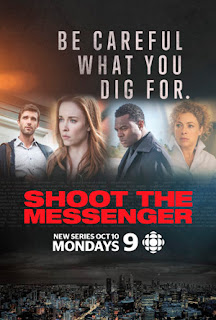 I saw an episode of Shoot The Messenger after going to MCM London Comic Con and seeing one of the stars talking about it. It is more dramatic than I usually go with dealing with racial tensions and the press and things like that. Just hasn't grabbed me so far maybe I might grab an episode next time I have a big trip. 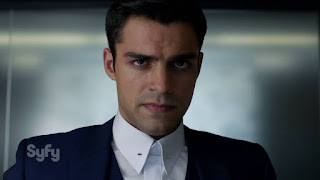 Incorporated is Sci-Fi but not my kind of Sci-Fi it didn't grab me when I wrote about it. The first episode was a bit of a snore fest and was more about the evils of mega corporations than actual Sci-Fi. Pilots are notorious for being slow and boring when compared when the rest of a show's run but this one gave me absolutely nothing.

The Big Bang Theory is on my to watch list but I usually marathon it at the end of the season's run to see if there is actually something worth watching like the return of Alessandra Torresani. 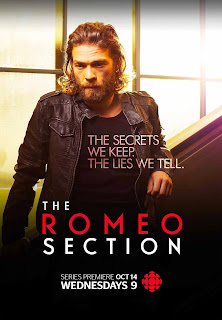 The Romeo Section is a spy drama that is heavy on the interpersonal drama of normal people cultivated to be spies on people they are involved with. This is one of those Canadian TV shows I like to keep an eye on. I have seen three episodes or so of it and it is a great show that I don't fully appreciate, It is the first of these shows that I would recommend.

Between is this crazy little thriller seemingly joint Canadian/Netflix production about a town that becomes the centre of an outbreak. I loved the first season but I just haven't had the time or the inclination to make the time to see what the second season has to offer. 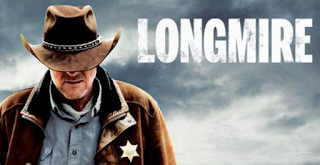 Ah Longmire one of the few times a show has prompted me to go and hunt down the books. The show is great but I missed when it came back two seasons ago and I am probably halfway through that season. I'm not sure if I'll ever catchup.

So what do you think about the shows I'm sleeping on? What shows have you given up on this season? Or what shows will you wait to hear the fate of before jumping on? Answers in the comments would make my day.
Posted by DVL at 2:30 AM No comments:

Email ThisBlogThis!Share to TwitterShare to FacebookShare to Pinterest
Labels: Between, Longmire, Shoot The Messenger, The Big Bang Theory, The Romeo Section, TV I Can Wait To See

Did You Know I Design T-shirts???

I have a Teepublic store which you can visit here

At the moment I have four designs up and there is a Sale going on for the next 24 hours. The sale means that while the T-shirts (there are other options) usually cost $20 you can get them for the low low price of $20 which seems pretty cool to me.

Check out my latest design here. 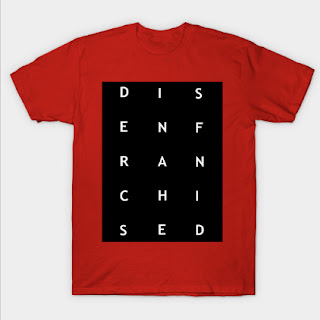 I'll be doing my best to add new designs as I can think them up and wrangle Photoshop to do my bidding. So check out the store and share the heck out of it.

Getting Ready For London Comic Con

2 weeks to go until MCM Comic Con London and I am mostly ready for it. It is pretty exciting actually even though it is far from my first time at Excel it will be the first time I am attending on multiple days. As seems to be the case recently the list of celebrity guests gets confirmed extremely close to the event.

Here is the list of guests at Comic Con I have some interest in:

This Comic Con has had a lot of prep got my new camera, few new SD cards and somewhat of a plan. No schedule has been released yet but the one thing I would like to do is to actually do a few different things while there. Before it has literally just been press work but this time I hope to attend a few of the cosplay meet ups and take some pictures.

On the job front things looked up briefly when I had some e-mails back from a perspective job offer but unfortunately it amounted to nothing. Still keeping up the applications though so hopefully something will develop soon. I'm gonna keep this short hopefully my next post will show some pictures using the new camera. Hopefully they will look ok.
Posted by DVL at 2:24 AM No comments: