A Los Angeles subway train is brought to a slamming stop, the tunnel partially collapsed, and several people injured. The survivors must figure out what caused it, and must deal with the greater danger that soon faces them. 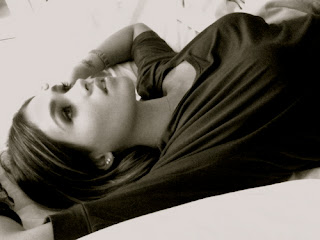 I could talk about the immediately interesting idea of the plot or the fact that I like the contained nature of the action as it all takes in a subway train. The real reason though that brought me here was Nicole Gale Anderson who I did not know about until I started watching the CW Beauty and the Beast reboot starring Kristin Kreuk and Jay Ryan. Apparently she is also going to be the star of the upcoming Pretty Little Liar’s spinoff Ravenwood.

It is amazing how well a simple idea can be executed with a small budget. This is a fine example of that, a small efficient movie that does what it sets out to do. At the heart of Red Line is a story about people and fear and that is what holds the attention of the audience so well.  The pacing is excellent, the film doesn’t need to constantly go at break neck speed even the quieter moments are filled with tension.

Everything in the film is set in the narrow confines of that train with a small cast it definitely promotes a feeling of claustrophobia which then leads to the paranoia around who it is we can trust. The actors do a pretty good job as it is their job to sell the peril and later the despair of being trapped down there with a killer with no way out.

Another factor that makes the film interesting is that in essence it is really a cut down whodunit with all the suspects trapped inside the train, while it is not quite Agatha Christie it does give your mind something to work away on while moving through the film.

This is a film that I can easily recommend for a fun night in something that will make you think even while entertaining you. Something that surprised me was the article that popped into my inbox while I was writing up this review check it out to see how unusual Red Line as a production really is.

Readline is an amazing and best action thriller movies related to car racing. And the most beneficial thing is that it original DVD is now available at 30% flat discount.
Click here to know more or avail the offer:
http://www.flipkart.com/redline/p/itmdz56hdqbxfhsx?affid=sandeepsemtar